Hijama Services for both men and women in Boston, Massachusetts, USA 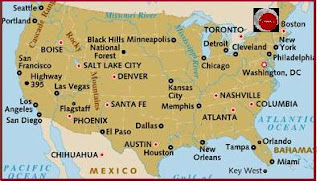 Hijama Services for both men and women in Boston, Massachusetts, USA – By Amin & Nusrat Shah

This is a guest-post in the form of a written interview with Amin & Nusrat Shah – a male & female cupping therapist team based in Boston, Massachusetts, USA.

Assalamualaikum, my name is Amin Shah and I provide the Hijama service right out of my apartment on Commonwealth Ave., in Boston, Massachusetts, USA. While I handle Hijama on the men, my wife Nusrat performs Hijama for the ladies.

I was born and raised in Malaysia, of Indian-Muslim origin. My grandparents migrated to Malaysia as Muslim traders in early 1900s. Though I come from a family of physicians, I am not one myself. However, even as a child, I have always been interested in natural healing remedies as opposed to drug based medications.

I’m primarily in the real estate business, helping Muslims buy their home with no interest using seller-financing. As a sideline activity, I perform Hijama and provide other proven natural health remedies.

I started providing Hijama services because I couldn’t find any reliable Hijama service here in the New England area. For those who are not aware, New England comprises of six states in the US, namely Massachusetts, Connecticut, Rhode Island, New Hampshire, Maine and Vermont. There must be about 1 million Muslims living in this region.

I had Hijama performed on me several years ago by the brother from Buffalo, NY when he was visiting Boston. I immediately felt much better after the Hijama service. Then after several months, I had the desire to have it done again but when I called the person, his phone was disconnected and I could not get a hold of him. I tried asking people and doing research on the Internet to see if anyone else does it, but could not find anyone. That was weird to me.

How could it be that with so much health benefits coming from Hijama, and realizing that it’s a sunnah of the Rasullullah (saw), yet there was no one around to provide it? It was an unacceptable condition for me. So I decided that if there is no one who can provide this important service in a reliable manner, then I need to take it upon myself to provide it.

So I researched more and found a highly experienced Hijama practioner from my home country, Malaysia and learnt it from him. Not only did he teach me the procedure of Hijama, I also learnt the clean, hygienic way of doing Hijama. For instance, instead of using blades to make the incisions, we use lancets that are disposable after each use. All cups are also sterilized to ensure they are clean for the next patient. We also use gloves, and disinfection lotion to prevent infections to ensure a clean, safe procedure of Hijama.

We find this initial 6 cups on the back procedure provides an overall cleansing that’s very beneficial to the patients. Many patients of mine have reported much relief of headaches, fatigue, back pain and even knee pain with this procedure.

After this initial 6 cups on the back Hijama, when the patient returns after 4 or 6 months later, we can do a more specialized location, like the head, or knee, etc.

I recommend any person over 35 years old to do Hijama every 4 months. At the very least, they should do it twice a year. I tell my patients that formation of toxic blood is a natural occurrence of the body. Toxic blood is from the death of the red blood cells, and the death of white blood cells, and other waste materials like uric acid, etc. This accumulation is a natural process of the body. The key is to get rid of this toxic blood accumulation. And Hijama is the process to get rid of the toxic blood. It cannot be got rid of by sweating, urine or faeces or even acupunture. Only Hijama is effective in getting rid of the toxic blood. Thus its important to have Hijama performed on a regular and consistent manner every 4-6 months.

I perform the Hijama services right out of my apartment on Commonwealth Ave., in Boston, Massachusetts, USA. As mentioned earlier, my wife Nusrat is available to perform Hijama on ladies. Feel free to contact us by phone at 617-787-5151 and by email: aminshah@shahclan.net

I feel its important that all Muslims take it upon themselves to have Hijama performed on them regularly. It takes an hour or two per session and by doing it twice a year, a whole host of diseases that are starting to happen in our bodies can be eliminated. It’s a simple procedure, low cost, takes a little time and yet the health benefits are numerous.

I heard a hadith of the Rasullullah (saw) who have been reported to have said, “If one of you dies, and he did not do Hijama, then he himself has caused his death.” (something like this more or less )

Hijama is an important sunnah of the Rasullullah (saw) that we must revive and bring it back. I like to see many other Hijama services offered in all major cities across the US where Muslim public can easily go and avail themselves of this great health procedure.

Another hadith of Rasullullahu (saw), “On the night of Isra and Miraj, every angel that I met told me, “Tell your ummat to do Hijama”.

Our thanks to Amin & Nusrat Shah from Boston, Massachusetts, USA for sharing the above post. If you have any questions for them or indeed have been treated by them and want to leave them a testimonial, then please do so via a comment* below.