The following article is reproduced and adapted from http://www.islamonline.net with the kind permission of the author.

Cupping: A Prophetic Therapy By Dr. Sahbaa M Bondok, a Physician and Writer in Egypt and Author of “Cupping Therapy The Ancient Art of Healing” 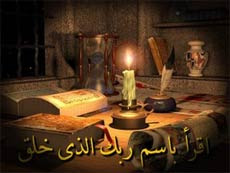 Almighty Allah has sent the Qur’an as a book of guidance and a book of revelation, it is not originally a book of science, yet within its pages you would find numerous ayahs which have scientific bases. Allah has sent these ayahs as a proof of the Quran’s Divine nature and as a challenge to the opposing people. Similarly Prophet Muhammad was not a scientist or a physician yet his words would carry a lot of scientific and medical signs that prove his truthfulness and prophethood.

Ibn `Abbas (may Allah be pleased with both) reported that the Prophet (peace and blessings be upon him) was treated with cupping, and he paid the cupper his fee.” (Al-Bukhari and Muslim)

Hijama or cupping is one of the therapies that has become increasingly available to the public. It is an ancient art of healing, which is still being practiced in many rural areas exactly as it was practiced thousands of years ago.

Therapeutic effects of Hijama had been rediscovered in the twentieth century and its popularity has seen great renaissance. Hence, this age-old technique serves both public and scientific communities. It is just now gaining publicity in the Western World and United States.

In Germany, between 1987 and 1992, many patients, 32 to 64%, with chronic polyarthritis had tried Hijama as one of the unconventional procedures for treatment. Moreover, 60% of medical schools in the U.S.A have begun teaching Hijama as a part of Complementary Medicine (CM). Bloodletting is also being practiced at Harvard Medical School and Johns Hopkins Medical Center, two of the most prestigious medical centers in the world.

What is really surprising is the fact that Hijama is one of the most famous medical prophetic recommendations!!

Both he (peace and blessings be upon him ) and his companions performed Hijama.

And Jabir bin ‘Abdullah paid Al-Muqanna a visit during his illness and said, “I will not leave till he gets cupped, for I heard Allah’s Prophet say, “There is healing in cupping.” (Al-Bukhari) 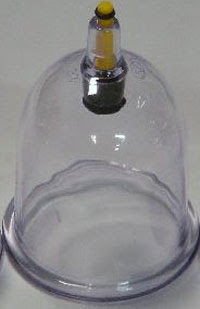 Hijama is a treatment that stimulates specific points on the body by creating a vacuum in a suction cup placed at various points on the body leading to an increase in the flow of blood in this area. This is thought to draw out harmful excess blood from diseased organs nearby and so promote healing. When Hijama is combined with bloodletting this is called “Wet Hijama” or “bloodletting cupping”. In “Wet Hijama ” the skin is previously cut, so that blood would actually ooze into the cup where it could be removed.

Originally “Bloodletting” (phlebotomy or Al-fasd in Arabic) was only referred to in cases of polycythemia, a condition where due to the rapid formation of blood cells, it is medically warranted to bleed or reduce the amount of the patient’s blood volume. But due to its simplicity and its therapeutic effects, the applications of Hijama were endless. It was used to drain blood and pus from abscess and for sucking blood from poisoned wounds, poisonous snakebites, and boils. Later on, since this therapy is simple and its therapeutic effect is good, the range of indications has been expanded to cover problems in the internal organs.

The publications of old physicians corroborate the ability of Hijama to speed up healing of many diseases. It has been used successfully to help in treatment of some illnesses belonging to internal medicine, such as, lung infections, pulmonary tuberculosis, abdominal pain, stomachache, digestive problems, vomiting, diarrhea, headache, hypertension, common cold, dysmenorrhea (painful menses), swelling and pain in the eye. It was also used to treat painful joints, muscular spasms, particularly in chronic low back pain, numbness of the skin, and many other pain conditions.

Many Hijama practitioners have reported that the most important mode of action in Hijama is to get the blood to move. Therefore, it was used particularly for conditions of blood stagnation, poor circulation, cough, and asthmatic conditions.

Although the mode of action of Hijama is still under investigation, practically speaking -on the therapeutic level- it has proven to be a remarkable success in many fields such as:

Hijama for pain control. Qingdao and Guying had reported that shallow puncture and Hijama are very satisfactory in treatment of pain and may yield distinct analgesic effect. The ratio of curative effect was 97.12%.

Headache and migraine. Duo has treated 100 cases of intractable migraine by acupuncture and Hijama. Seung an experienced Korean medical doctor recorded that insertion-bloodletting therapy is an effective treatment for headaches. Bleeding up to 100 ml of blood can be helpful in treating hypertension, one of the commonest causes of headache.

Common colds and influenza. Folklore remedies and oral traditions in many cultures do certainly include Hijama as their main treatment for common colds. Dispelling cold is one of the traditional indications for Hijama. It is interesting to note that as the barbers in the early twentieth century created window signs advertising “Cups for Colds”. Hong reported good results following the application of sliding Hijama (a type of cupping) for 250 patients with common colds.

Chest diseases. He et al had reported that treatment of cases with bronchial asthma using acupuncture plus Hijama lead to an immediate relief and improvement in pulmonary function. In some cultures the technique is also used on the back to treat asthma in children.

Dermatologic diseases. In 1993, Chen had reported treatment of acne by puncturing acupoint in combination with Hijama. Examples of dermatologic conditions, when treated by Hijama, either improve or come to healing successfully are: boils or abscess, herpes zoster, acne, cellulite, and urticaria.

Psychological diseases. There are also reports of using Hijama in conjugation with mental sedatives to treat schizophrenia. This method had a reported success rate of 91.68%. It is also employed to ease depression.

Faith and Science; the Ultimate Integration

Modern scientific knowledge therefore allows us to understand certain hadiths in the light of science, which until a recent time, have been impossible to interpret. This proves that the Prophet Muhammad (peace and blessings be upon him), hasn’t talked being driven by his feelings, as this was only a revelation sent down and none other than the Divine could have produced the Holy Sunnah.

What is initially striking is the complete agreement of the sayings of Prophet Muhammad (peace and blessings be upon him) with modern scientific data and yet it is unthinkable that a man from Muhammad’s time could have been the author of them.

He (peace and blessings be upon him ) was neither a physician nor a scientist, as he was an illiterate person, but an envoy who received and transmitted Allah’s Message and revelations.

(And thou (O Muhammad) wast not a reader of any scripture before it, nor didst thou write it with thy right hand, for then might those have doubted, who follow falsehood. But it is clear revelations in the hearts of those who have been given knowledge, and none deny Our revelations save wrong-doers.) (Al-`Ankabut 29: 48,49)

Qingdao L and Guying H (1984): The clinical observation of treatment of pain by shallow puncture and cupping.The second National Symposium on Acupuncture and Moxibustion and Acupuncture Anesthesia.Beijing.China. August 7-10, 1984

_________________________
Sahbaa M Bondok holds a B.A. in Medicine and Surgery,Cairo University, 1997. She submitted the first thesis about the effect of Cupping Therapy on the Immune System for M.SC. Degree, Department of Microbiology, Al-Azhar University, She has a degree in Islamic Studies, Ijazah in da`wah and a member in The Commission on Scientific Signs of Qur’an & Sunnah.

Our thanks to Dr. Sahbaa M Bondok from Egypt for sharing the above post. If you have any questions for Dr Bondok or indeed have been treated by her and want to leave her a testimonial(!), then please do so via a comment* below.