The following is an announcement by Dr Rizwhan Suleman MChiro of the Institute of Clinically Applied Hijama Therapy, an organisation providing Hijama Training in UK
The First ICAHT Winter Conference on Hijama Therapy
(Limited Spaces)
This is your open invitation to come and network with hijama practitioners, enthusiasts, researchers, colleagues and employers!!
As well as a wholesome lunch you will be entertained by a number of keynote speakers on various topics related to hijama therapy in interactive workshops as well as get to experience a number of case studies delivered by the graduating ICAHT Diploma students.
HIJAMA IN GP PRACTICE
Meet Dr Shereen Rafiq, an experienced GP and pioneering ICAHT hijama practitioner who has taken hijama to the next level by offering it as a completely Free service in his GP practice in Derby. Hear his experiences, challenges and discoveries in practicing the therapy on the wider British population by introducing it as a potential solution to the problems that conventional treatments have not been able to resolve. Hear more directly from the source
THE BIRTH OF A NEW PROFFESSION
Meet Mr Miran Uddin, a specialist solicitor in the field of professional regulation who is a panellist for the General Medical Council as well as two of the other national professional regulatory bodies. He will share his vision with you on how best to assist the developments of hijama as a profession and answer any related questions that you may have in this field..
HIJAMA PAST, FUTURE AND PRESENT
Meet Mr Abu Abdul Basit a hijama enthusiast and promoter who has been involved in the international revival of the practice for the last 7 years. Learn how he has analysed the global awareness of the practice over time and picked up some interesting facts and statistics about its progressively developing popularity. He will give insight not only into the trending history of the practice but also its future with advice on how the community of hijama practitioners needs to prepare for these changes.
HIJAMA IN SCIENTIFIC LITERATURE 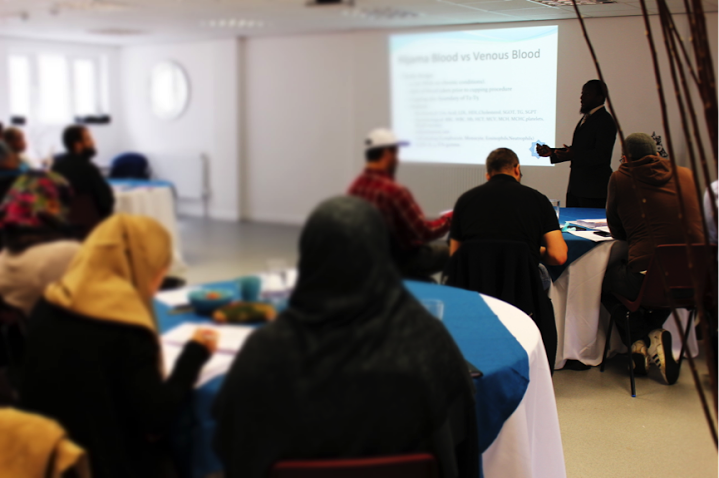 Meet Mr Nurudeen Hassan an experienced hijama specialist completing a PhD in the medicinal properties of selected foods. Hear his updates on some of the most interesting and significant research advancements over the past year in the field of hijama as well as his take on how better to orchestrate research as a hijama community.
CLINCAL CASE STUDES
Meet the June 2014 ICAHT hijama class graduates and hear their experiences and encounters with a selection of their first case reports presented and shared with all. Be ready and willing to inquire, question and scrutinise them to ensure they have been on top of their game and that they are 100% worthy of gaining the ICAHT practitioner title.
Registration is open to all and costs only £35 including lunch, refreshments and all presentations.
Where will the conference be held?
Lecture hall at the:
ICAHT Centre of Integrative Medicine
83 Rolleston Street,
Leicester, England.
FEATURED ORGANISATION:
ICAHT (Institute of Clinically Applied Hijama Therapy)

LOCATION
83 Rolleston Street
Leicester
England LE5 3SD
United Kingdom
CONTACT DETAILS:
Tel: +44 (0)7533 446 373
Email: admin@icaht.co.uk
web: http://www.icaht.co.uk
_________________________________________________
Our thanks to ICAHT from England for sharing the above post. If you have any questions or want to leave some feedback on their training, then please do so via a comment* below.
If you are a hijama therapist or patient and are happy to share your knowledge or experience via a guest blog-post like the one above, please contact us by filling the form on the top right corner of the blog.
*Comments are moderated to prevent spamming so may take some time to appear