WHO SHOULD PERFORM HIJAMA? Part 2

This is a second viewpoint on the topic of Who should perform Hijama? which had a lot of varied comments from different parts of the world

WHO SHOULD PERFORM HIJAMA? Part 2
The following is an article from Muddassar Raja, (BSc, CHP) of Hijama Nation. The opinions discussed and expressed in the article are entirely the authors, and sharing the article on the blog does not necessarily mean we agree to everything being discussed therein in its entirely. 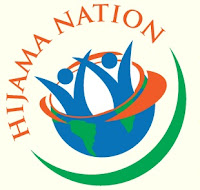 The Importance of Hijama:

Abdullah ibn Abbas (may Allaah be pleased with him) reported that the Messenger (Sallallaahu Álayhi Wasallam) said, “I did not pass by an angel from the angels on the night journey except that they all said to me: Upon you is cupping (hijama), O Muhammad.” [Saheeh Sunan ibn Maajah (3477)].

In the narration reported by Abdullah ibn Mas’ud (may Allaah be pleased with him) the angels said, “Oh Muhammad, order your Ummah (nation) with cupping (hijama).” [Saheeh Sunan Tirmidhee (3479)].
The “Night Journey” refers to Isra and Mi’raj, where Prophet Muhammad was given the gift of salah. According to the above hadith, the message to establish Hijama was emphasized, the same night. So knowing that the establishing practice of Hijama was ordered the same night as the order of Salah, should tell us the importance of Hijama Cupping Therapy.

The above ahadith also prove to us that we cannot take Hijama as only Prophet Muhammad’s (pbuh) sunnah, instead, it is an order from Allah (swt) to establish Hijama as a preferred treatment for humanity.
What can be cured by Hijama?
Abu Hurairah (may Allaah be pleased with him) reported that the Messenger (Sallallaahu Álayhi Wasallam) said, “Whoever performs cupping (hijama) on the 17th, 19th or 21st day (of the Islamic, lunar month) then it is a cure for every disease.” [Saheeh Sunan abi Dawud (3861)].
According to the above hadith, Hijama is the cure for every disease. As a Muslim we know it is Allah who cures us and Allah and his Messenger has recommended Hijama treatment to us, so we have to try it and leave the cure to Allah. If Allah wishes to cure you, He will, otherwise He wants to test you and reward you a bit more.
If Hijama treatment is the recommended treatment for humanity by Allah and His messenger, then what kind of treatments should it be able to treat? Through ahadith, research and our experience we have learnt that by administering Hijama, we can successfully treat medical, muscular, skeletal, metaphysical, psychological, spiritual and emotional issues.

According to Ibn al Qayyim, in his book, “The Medicine of Phrophet”, mentioned that the prophet Muhammad (pbuh) got his head cupped when he was afflicted with magic. So Hijama is the best treatment for metaphysical issues, such as Jin possession, Black magic and Evil eye.

We hope that all Allopathic and Holistic Health Practitioners can come together and provide tailor-made treatments for people who are seriously ill. We need to work together to put patients first and prioritize their safety and well-being. Our goal as Healthworkers should be to provide the highest standards of treatments and healthcare plans in collaboration with each other, inshallah!
For more information about our course, please visit: http://hijamanation.com/hijama-courses-2/
For a Free eBook, please visit: www.HijamaTraining.com
Email: info@HijamaNation.com
Clinic : The Healthworks Complementary Centre
The Healthworks Complementary Centre
111a, Hoe St, Walthamstow,
London, England, E17 4RX
Tel: 020-8503-7794

Our thanks to Hijama Nation from England for sharing the above post. If you have any questions or want to leave some feedback for them, then please do so via a comment* below.