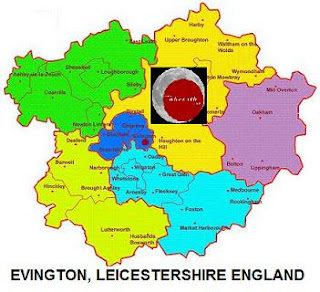 This is a guest-post in the form of a written interview with Dr Amal – a female cupping therapist based in Leicester, England

My name is Amal I am a Hijama therapist and I am currently practicing Alhijama for women in Leicester. I am originally from Egypt I have a Masters Degree in Oral Surgery. Many years ago, one of my closest friends was treated for back pain with Alhijama, and the pain was completely relieved. This incident made me interested to read about Hijama to get more information about it. Then I was invited to attend a course on Hijama. This course was very beneficial. I learnt the relation between Hijama and Islam and how great is our Prophet Muhammed (peace and blessings of Allaah be upon him) who advised us to perform Hijama many centuries ago. I have learned the scientific method to do Hijama, the types of hijama (dry, dry with massage and wet hijama) and the specific points (areas) which correspond to each disease or condition.

I have been practicing Alhijama (cupping) for more than seven years. I have had the opportunity to practice Hijama in Egypt for several cases; I have practiced Hijama in Netherlands and the UK too. The percentage of curing for these cases have exceeded 90% depending on the cases itself and for many cases, the percentage of curing was 100%. The medical background I have helped me to diagnose the disease, decide the treatment plan for it and to decide which type of cupping is suitable to treat the disease or the condition. In addition, my medical background helps me to deal professionally with any unexpected incident that could happen during the treatment.

There is no particular illness I am specialized in, as Hijama is a cure for a wide range of disease and conditions. I have treated several cases and conditions, for instance diabetes, high blood pressure, rheumatoid, arthritis, back, shoulder and knee pain, headache, migraines, anaemia, sciatic nerve pain, involuntary urination, lack of ovulation for women, menstrual problems, endometriosis, and many other diseases, pain and other women health problems.

I agree with this opinion. Firstly from a religious point of view and according to a hadeeth narrated by Jaabir (may Allaah be pleased with him), the Prophet (peace and blessings of Allaah be upon him) said:

“If there is any good in your medical treatments, it is in the knife of the cupper, drinking honey, or cauterization with fire, as appropriate to the cause of the illness, but I would not like to be cauterized.” (Reported by al-Bukhaari, 10/139)

On the other hand and from the medical and scientific points of view, our health and well-being, especially the immune system are reliant on the movement of blood and body fluids (hormones, lymphatic fluid, etc.). Hijama (cupping) is believed to stimulate flow of blood and lymph to the affected area. Its uses include relieving pain in the muscles, especially back pain from stiffness or injury; It causes tissues to release toxins, and stimulates the immune system and enhances the body’s defence. It influences the composition of blood as it increases red and white blood cells leading to the purification of blood. It is also beneficial in beauty therapy as it promotes the production of hormones and stimulates hair growth.

For preventive measures, Hijama could be done twice per year or once per month depending on the preference of the person himself, but some diseases, conditions and health problems need Hijama to be repeated once per month to achieve prominent improvement and curing.

I currently practice Hijama for women at:

If any of the sisters would like to get more information about Hijama (cupping) or interested in having Hijama (cupping), you are welcome to contact me on the above number .

Thank you and Jazak Allah khier

Our thanks to Dr Amal Sayed from Leicester, England for sharing the above post. If you have any questions for Dr Amal or indeed have been treated by her and want to leave her a testimonial, then please do so via a comment* below.