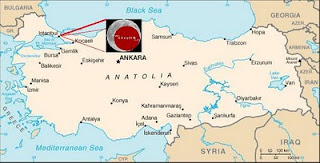 The following is a guest blog-post in the form of an email received by Faruk Gunindi, a male cupping therapist from Istanbul, Turkey.

This is Faruk Gunindi from Istanbul, Turkey.

Let me introduce myself first. I’m 31 years old and an ELT teacher but I quit teaching last year. I was really interested in Islamic Medicine for the last 4 years. Since me and my wife couldn’t find any answer to our health problems in Modern Medicine, we looked for something ‘really’ helpful. We met Dr. Aidin Salih. She is from Uzbekistan and she has two degrees: MD (medical doctor) and Biologist. But surprisingly she has left these two domains and learnt about İslamic medicine about 30 years ago.

She advised me to have hijama and one of her students performed hijama on me. I felt really relaxed and light. I couldn’t believe that such little attempt would give that much release!. Afterwards I searched more about hijama both in Turkey and in the world. I met plenty of people performing hijama traditionally in Turkey and also other Muslims around the world who are interested in Hijama.

So I decided to learn more. I travelled three times to London to have Hijama Courses by CMA (Complementary Medical Association), which is held by NHNF, and a cupping workshop by BCS (British Cupping Society). I joined ICTS (International Cupping Therapy Society) by the encouragement of brother Munir of www.zhijama.co.uk. Since my degree is different, I attended a medical massage therapist course in Turkey and had a certification.

Then me and some of my friends established a society about all Sunnah treatments: Sade Hayat Society (http://en.sadehayat.org). We had a number of seminars and conferences about Islamic Medicine with Dr. Aidin Salih all over Turkey. We visited 17 cities to represent Hijama and all other Sunnah Treatments. Also we organized a conference about Hijama Therapy in the one and only Traditional Festival which is held by the government. Dr. Ahmad Younis of British Cupping Society from London University came and joined the conference 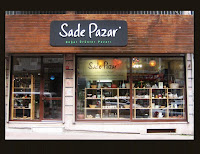 Now, we have a clinic and I have been performing hijama for about 2 years (www.sadepazar.com). Since I learnt that “a mu’min has to learn more” and “reviving a forgotten Sunnah” is a treasure, I spent all of my time to do something better for the Ummah. I found your site and been following you since you began.

I also manage some websites. One of them is in Turkish: www.hacamattedavisi.com (means hijama therapy) Now I am translating all posts on your blog into Turkish. If you give me a permission, I’d like to publish them on my site.

Beside that, I believe that a great Sunnah like Hijama deserves better sites. I believe we can publish better sites with better design and content if you like. Also if you like we can organize a seminar, a course programme or publish a magazine (or even better we can contribute to ICTS’s magazine). 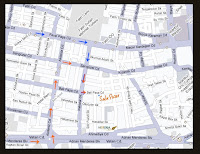 Our thanks to Faruk Gunindi in Istanbul, Turkey, for sharing the above post. If you have any questions for him, or if you have a patient of his and want to leave him a testimonial, then please leave a comment* below.