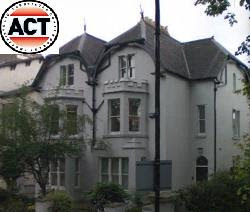 The following are some Frequently Asked Questions about hijama by Dr Rizwhan Suleman (Mchiro) from Cardiff, Wales, a member of the British Cupping Society who now runs a hijama clinic at the Associated Contemporary Therapists (ACT) Clinic in Cardiff.

The information below is reproduced from the following link with the kind permission of the author: http://www.actcardiff.co.uk/therapies/wet_cupping.html

SOME FREQUENTLY ASKED QUESTIONS ABOUT HIJAMA:

WHAT IS CUPPING THERAPY?

Cupping is the modern term for an ancient medical treatment in which a partial vacuum is created in cups that are positioned onto the surface of the body. The vacuum created by either heat or suction draws up skin, subcutaneous tissue and muscle layers a few millimetres into the cups.

The negative pressure that translates into the body’s tissues encourages blood flow, the release of toxins and the removal of waste and has been found to affect the body up to four inches deep through the tissues.

The cups can be left in one place on the skin or moved around as part of massage cupping. The treatment can be utilised to influence the movement of bodily fluids such as lymph fluid, venous drainage and the reduction of stagnant flow.

As the treatment uses negative pressure it lifts up muscles and tissues rather than pressing down on them like in conventional massage, it enables the treatment to massage tissues from the inside out. This has beneficial effects on muscles, fascia and skin as well as influencing the deeper organs.

WHAT IS WET CUPPING THERAPY?

It utilises the same principles of regular cupping therapy except it allows the release and removal of stagnant blood, toxins, inflammation and swellings through the application of small scratches or pin pricks over the areas where the suction is applied.

This combination of cupping therapy and controlled bloodletting has been utilised for over 3000 years and was a practice the prophet Muhammad (pbuh) promoted and recommended as an inspiration from God. The practice of wet cupping was also an integral part of more recent medical practice as it developed in the Middle East and was used up until the 1800’s even here in the UK.

Although a simplified explanation wet cupping can be likened to a mechanical form of leaching allowing small quantities of blood to be released from swollen and painful areas of the body, to give relief, promote healing and to regain function.

HOW CAN BLEEDING POSSIBLY BE BENIFICIAL?

Many conditions and ailments that we suffer with are related to inflammation. This includes all conditions that end with the word “itis” such as arthritis, tendonitis, gastritis, appendicitis etc. The common factor in all these conditions is that there is too much unwanted inflammation in that area.

This is why anti-inflammatory medication is regularly prescribed by doctors to try and reduce down the amount of this inflammation.

Unwanted inflammation can be simplified as a state in which there is too much blood in an area causing pressure and stagnation preventing the regular flow of nutrient and waste exchange, resulting in pain and compromised natural healing abilities.

If left untreated this can develop into a chronic state in which the reduced blood flow allows the build up of waste, carbon dioxide and acidity, causing further pressure, cell damage, pain, and discomfort leading to more inflammation, perpetuating the problem.

Chemical drugs can be used to reduce down pain and dampen down inflammation but cupping therapy has the unique ability of drawing out inflammation, stagnant blood, cell debris and toxins from deep within the body to the surface of the skin.

By utilising wet cupping therapy this built up pressure can be released through tiny pin pricks or light scratches on the skin. This often gives instantaneous relief and allows fresh blood, nutrients and oxygen to penetrate the area breaking the cycle of pain and discomfort.

Traditionally it has been understood that wet cupping also allows a process of purifying the blood and removing unwanted materials from the system. Many times there are unwanted or high levels of harmful elements in the blood such as cholesterol, uric acid, calcium deposits, rheumatoid factors and chemical messengers that modulate inflammation. By removing these elements you can reduce the problems that they cause and reduce pain, discomfort and inevitably disease.

For this reason wet cupping therapy has been used throughout history to treat a wide range of conditions and even as a preventative medicine. The feeling of wellbeing, looseness in the body and higher levels of energy are common reports of patients undergoing this form of treatment.

WHAT CAN IT HELP?

Although there is very little scientific knowledge on the subject there are Scientific Studies that show wet cupping is an effective treatment for Lower Back pain, Anterior knee pain and Migraine headaches.

Common uses for Cupping therapy include:

Here is what a sports injury patient recently said after having hijama therapy:
Last year a rugby injury left me with constant sharp pains in my left knee. After meeting Dr Rizwhan I had wet cupping therapy performed and I was amazed with the results. The pain literally disappeared as soon as I got up from the treatment bench. The idea of having blood drawn out of my leg was quite daunting at first but I found the therapy quite relaxing, it was as if I could feel the pressure being released
from my joint. I would definitely try this again in the future – Steven Jenkins, Cardiff, Sept 2010.

When practiced in a clean and hygienic environment under the guidance of a qualified health professional both cupping and wet cupping are safe and relatively risk free.

A screening of previous medical history and medications is always conducted to ensure that the treatment is suitable for the individual patient. Vital signs such as blood pressure and heart rate are also conducted.

any risks of cross contamination. The small pin pricks or light scratches created to release stagnant blood are so small that they do not release blood after the cups have been removed and are almost always dry by the end of each treatment.

The quantity of blood removed is usually of a very minimal amount and this is usually no more than the quantity taken in a routine blood test. As a general precaution however patients iron levels are always taken into consideration.

Although wet cupping does involve small breaks in the surface of the skin that can be slightly uncomfortable the sensation is very short lived and quite minimal. Although subjective it is considered by most as being far less painful than having an injection and more comparable to having acupuncture.

DOES IT LEAVE MARKS?

Yes both regular and wet cupping can leave round bruise like marks on the surface of the skin that can stay for approximately two weeks but do gradually fade. In wet cupping this is accompanied by the pin marks or scratches that will completely fade within a similar time frame depending on the individual skin type.

IS THIS A NEW THERAPY AND WHY IS IT NOT WELL HEARD OF?

No the practice of Wet Cupping dates back to as far as history has records. It is one of the oldest time-served medical practices in the world. It was practiced by the Ancient Egyptians, Babylonians, Chinese and Greeks, including the great Greek physician Hippocrates. It was also practiced extensively by the Arabs after the Muslim Prophet Muhammad (pbuh) described its divine prescription for mans ailments. Wet cupping has its roots in European history also as it was a fundamental part of Medical practice in the UK and in America up until the 1800’s.

In more recent times forms of bloodletting and cupping have become a Hollywood fashion amongst celebrities such as Demi Moore and Gwyneth Paltrow who have publicly revealed their favour of such old medical practices.

Dry cupping therapy is occasionally used by TCM (Traditional Chinese Medicine) practitioners as well as by various other Disciplines. Wet Cupping Therapy however is currently used far less in the western and far eastern worlds but is a thriving practice amongst traditional Middle Eastern and African nations.

The British Cupping Society is an organisation of clinically trained health professionals and Medical Doctors who perform Wet Cupping Therapy throughout the UK based on a Modern Clinical understanding of health and Science. The BCS was the first society to conduct a scientific investigation into the effects of Cupping Therapy in 2005 and encourages and teaches safe practice amongst its members.

Our thanks to Dr Rizwhan Suleman, from Cardiff, Wales for sharing the above post. If you have any questions or comments about this post, then please do so via a comment* below.