Hijama for the treatment for severe migraines by Br Misbah Ali 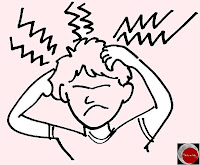 Hijama for the treatment for severe migraines

This is a guest-post in the form of a written interview with Br Misbah Ali about his experience of hijama therapy in London, England.

Severe migranes, drowsiness and fatigue, likely from seher, as was suffering from it during that time.

I had tests etc. from doctors, everything seemed ok to them, prescribed me with all these different types of medicine from tablets to little wafers you stick on the tongue and once dissolved apparently help with migraines (they didn’t work by the way!)

– What did the treatment involve?

It involved me being in a room and had to expose my back to apply the cups, I also had cups placed on my neck, in total I think I had about 5-6 cups applied in 1 session, it was a nice experience as I had all these cups applied to me and I looked like a robot (LOL) while I was waiting for the blood etc me and the brother had some nice Islamic discussions and I wasn’t even bothered about the cupping blood etc.

– What was the result?

Mashaallah as soon as the treatment was over and he applied antiseptic cream Alhamdullilah it was like all my ailments washed away with the blood that came out of me, I was a bit light headed but I could just tell the migraines and other illnesses were gone Alhamdullilah.

– What was your overall impression of the therapist and his practice?

Hmmm honestly I think the place I performed it at would have failed western health and safety practices but honestly I thought it was ok and I didnt mind getting it done there, the brother Mashaallah was very nice and understood it was my first time so explained EVERY part of the procedure before he done it. Before he makes tiny little cuts on you he told me ‘bro this might hurt a little but if it’s too much let me know and I will stop’ but to be honest 1. I wasn’t even scared and 2. They didn’t even hurt more like someone placing a pen on your neck and the drawing a line

– How did the therapist get to learn hijama therapy (was it a course he attended or was it something handed down from generation to generation in their family)?

I think he was taught by someone in Yemen or something I cant exactly remember but I know it wasn’t at a course or anything. But to be honest I don’t really care where he was taught it as long as he did it right and mashallah he did.

Our thanks to Br Misbah Ali from London, England for sharing the above post. If you have any further questions to ask about his experience, then please do so via a comment* below.