The following is a guest blog-post by Juvaria Khalid, a female Hijama Practitioner in Manchester, England

– Please give us a short introduction about yourself,

and in particular how you ended up being a hijama therapist? 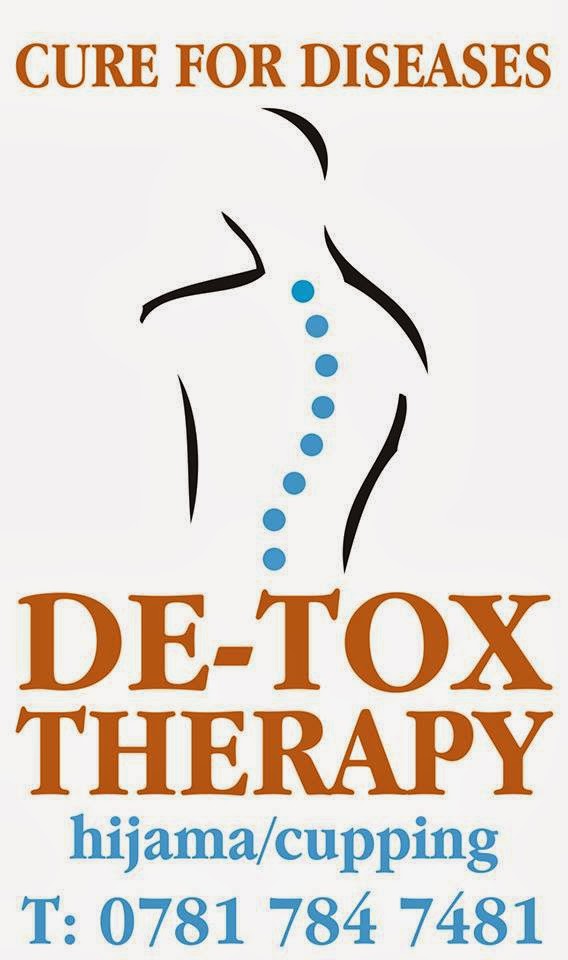 My name is Mrs.Juvaria Khalid and I am the founder and a therapist at Detox Therapy, Manchester. I was brought up and educated in Dubai. I have a background of Physiotherapy from Gulf Medical College, Ajman. It wasn’t really a surprise or difficult for me to learn Hijama as I have always been a student of Science.

Alhamdulillah, I got married in 2007 and moved to the UK.

Quite interesting is the story of how I got into hijama.

I had gone to Hajj in 2008 with my inlaws, and that’s the very first time I heard about Hijama. My father in law, mother in law and sister in law had it done in Madina.

I was quite scared at the sight of the marks. But, its actually when i saw the benefits that my interest grew.

My mother in law could not do sujood(in prayer) for a whole year. My father in law insisted on her getting cupped as he could feel a difference within himself when he had it done.

Alhamdulillah, by the Grace of Allah, my mother in law did her sujood in Masjid Annabawi after a whole year and on that very same day that she had hijama done. Also, her High Blood Pressure tablets decreased to just one tablet a day instead of 3.

Witnessing these  benefits, I searched for courses in UK and found NHNF, from where i did my Hijama course Alhamdulillah, with a very well respected and experienced teacher and practitioner : Sister Anisa Kisson.

I’ve been doing it for 4 years, so I have experienced quite a few illnesses…

Alhamdulillah, I’ve had positive feedback from all…

May Allah give shifa to all… Ameen

Yes, Alhamdulillah, they all have responded very well to cupping..

Mostly Arthritis, IBS, eczema , hyper tension, Migraines are a few conditions in which instant results can be seen, whereas, the others do require a few sessions depending on the how chronic the illnesses are.

I do tell a lot of my clients about this 17 year old, college going girl , whose mother had been to every doctor, therapist, practitioner and tried all remedies you can think of, but, nothing seemed to cure her daughter’s eczema which was spread all over her body since birth. It had started effecting her internally as well , due to which she had very low immunity. She would go a week to college and be off for the  next as her body could not cope.

Alhamdulillah, after 9 months of regular monthly hijama, not only did her eczema clear away but her immunity level had improved and she was regular at college and more energetic and lively… Her skin was clean and clear, hair quality improved and grown… It was good to see her happy with the results and to see the smi

le on her mother’s face…

Another case that I would like to share, specially with my sisters who are going through this…
In 2011, a depressed and desperate sister came to me for help with her infertility… Its very sad to see couples go through it. May Allah bless all with healthy and pious offspring… Ameen…

Alhamdulillah, Subhan Allah, ONLY after the first month of hijama, this sister conceived the very next month.

The story doesnt end here… After 2 years, in 2013, the very same sister was back for another Hijama session as she believed and had faith in Hijama. Once again, Alhamdulillah, Allah The Almighty blessed her and she is expecting again…

Hijama has a lot to do with the belief of people I say.

Cupping, is the preventative in this modern day and age. Personally, all medicines treat one disease but bring many others aka side effects…

Our Prophet was commanded by the angels about Hijama.  I strongly believe, a Sunnah of our Prophet can  never cause us any harm..

For a healthy person who would want to get it done for general well-being, it is recommended to have hijama done every 3 months or so..

For a person with illnesses, it is recommended once or twice a month, depending on the age, and how chronic the illness is.

Alhamdulillah I get cupping done every 3-6 months for general well being.. The first time I had it done was for my migraines and Alhamdulillah I didn’t need to get it done for it again..
Subhan Allah, on every occasion, I have been cupped by different sisters, who were my friends…

My clinic, Detox Therapy, is located in Manchester:

To be updated about offers and to get more info, Please visit my facebook page:

Our thanks to Juvaria Khalid for sharing the above post. If you have any questions or want to leave some feedback, then please do so via a comment* below.