Hijama and TibbeNabawi in South Africa

Hijama and TibbeNabawi in South Africa 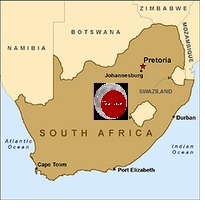 The following is a guest blog-post in the form of a written interview with Sayed Mohammed Imtiyaz Osman, a male cupping therapist from South Africa currently based in Jeddah, Saudi Arabia.


Assalamualaikum. My name is Imtiyaz Osman.  I am a South African national, currently working as a Dental Technologist in a Hospital in Jeddah, Saudi Arabia.  This may surprise you but I didnt know there was a word called Hijama until a few years ago when my wife was preparing to give a  presentation on “Muslim Contribution Towards Medicine” at Istanbul University, Turkey that I  began doing some research on hijama.  The more I did the more I became intrigued at this healing discipline. Since it is a Sunnah and strongly advocated by the Noble Prophet of Islam(S), I decided to have  hijama done on  myself. It was not easy finding a reputable hijama practioner since they are scattered across the globe too far and too few. Eventually I made an aquaintance with Br Abu Abdul Wali in Jeddah who did my first cupping. It is he who inspired me more on Hijama together with his holistic approach on Prophetic Medicines (Tibbe Nabwi). I remained in contact with him all the time even troubling him with stupid questions. It was only recently when I helplessly watched a close family member go through some life altering changes that I decided to step in and try to help. This decision led me to the doors of Hijama Nation– a reputable hijama teaching institution

Compared to my Hijama Teacher Br Abu Abdul Wali, my experience in any particular ailment is still limited . However I have seen  patients who have been suffering with  high blood/glucose, high cholesterol levels and particularly those who suffer from chronic joint and muscle pain do find relief in one form or another through hijama
.

What I have witnessed with hijama therapy is that many people respond to it remarkably well. The same people have reported  shifts  towards higher energy levels. they sleep well, they eat well. Many of them have presented medical and laboratory blood results highlighting improvements in blood glucose levels and lower cholesterol levels post hijama treatment.

After any hijama session  we routinely follow up on our patients especially those who have been suffering from chronic joint and muscle pain. Surprisingly almost all of them have expressed some relief.

About 5 years ago I was diagnosed with bi- lateral menieres syndrome. It’s a condition that affects the inner ear that results in episodes of vertigo (dizziness associated with vomiting), tinnitus (ringing in the ears), hearing loss and a constant variation in hearing levels. At times it is the difference in pressure between the outer and inner ear that compounds the situation.  I had a simple dry cup placed on my sunnah points ie, between the shoulder and one behind each lung.

The next day I went for an audiogram and a tympanogram which showed an improvement in both hearing levels and inner ear pressure. The first time I did it , I thought it may just have been a co-incidence so I did it again a few months later and noticed a similar shift in improvement.

Each year health insurance and health cost rise astronomically. access to basic health care is being pushed further out of reach for the average  person. My advice to those who are still relatively healthy is to take advantage of hijama now as a preventative measure rather than doing it when  ailments have set in. Hijama is remarkably accomodating in maintaining healthy levels physically, emotionally and spiritually.

For a healthy person I would recommend it at least twice a year though it may be beneficial to do it as each new season approaches because different climatic conditions induce different changes in our body make up.

As a routine I do hijama wet cupping every 3 months which is a relatively good preventative approach personally. However whenever I encounter any sport injuries or any condition associated with pain,  I do the dry and massage cupping at will.  Regarding wet cupping I visit my true and trusted friend Br Abu Abdul Wali.

– What is the overall prevalance of hijama therapy in South Africa? Is it available in hospitals and clinics as a valid alternative / sunnah therapy?

Unfortunately at this present time, the prevalance of Hijama in South Africa is still subdued and pretty much unknown in most quarters. It has yet to make its impact on our health environment.  Its lack of awareness is attributed in multifaceted situations and the leading one being ignorance. As a practicing Muslim I was never made aware of hijama not even through all my formative years. Sadly neither our “madressahs” nor our  “Islamic Universities and Institutions” have made the effort in trying to unveil this “hidden pearl”. What kind of Islamic scholarship do we have that turns a blind eye to such an important sunnah???

ry. the century that saw the collapse of Ottoman Islamic Caliphate.

If government institutions and the private business sector could just sit together and pool their resources in accepting and then establishing hijama as a primary health initiative it would indeed be a quantum leap in assisting  the lesser privileged and the marginalised population group. This request is not just addressed to the SA government but all governments particularly the developing nations

– What services do you offer?

Br Abu Abdul Wali is indeed one of the few Hajaams that incorporates Tibbe Nabwi with hijama. I dont say this because he is a close friend of mine but rather as a remarkable Hijama Therapist

As I know him, he laments on how we as Muslims indulge in over processed and junk foods. That he stresses more on Tibbe Nabwi than hijama as a treatment modality, as he explains it with the hadeeth that all diseases come from the stomach. It is through this ingrained teaching approach that I too must stress that although Hijama can and may well bring about relief, however, and unless if people and particularly Muslims at large  do not make a paradigm shift towards their Islamic responsibilities, their lifestyles and eating habits and become mindful of what they consume, I’m afraid Hijama will remain an elusive “hidden pearl”

Our thanks to Sayed Mohammed Imtiyaz Osman for sharing the above post. If you have any questions or want to leave some feedback for him, then please do so via a comment* below.