The following is a guest blog-post by Safia Marabani, a female Hijama Practitioner in Sydney, Australia 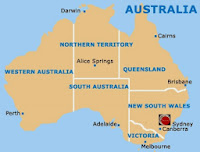 My name is Safia Marabani, I am 26 years old. I have completed a degree in Traditional Chinese medicine specialising in Acupuncture, herbal medicine, remedial massage, dry cupping and wet cupping therapy referred to as “Hijama” in Prophetic medicine. From a very young age I always had a passion for healthy eating and living a healthy lifestyle, I am also very passionate about helping people so I decided to choose a career in the health industry and did some research on Chinese medicine and decided that it was exactly what I was looking for. After completing my degree I became interested in prophetic medicine as many of the concepts and theories of Chinese medicine were similar to Islamic medicine. I was especially interested in hejama therapy. At university we touched base with cupping therapy but it was mainly the dry cupping that was used and only a few practitioners practised wet cupping. A particular hadith that I came across during the course of my studies, which really encouraged me to pursue Hejama as a treatment option for my patients is related as follows:

Abdullah Ibn Abbas reported that the messenger of Allah swt stated: “I did not pass an angel on the night of the journey except that they all said to me. Upon you is cupping O Muhammad.” (Sahih Sunan Ibn Majah 3477).

The above hadith demonstrates that surely, there must be wisdom behind the Angels recommending Prophet Muhammad to perform Hejama and recommend it to his companions. It was a treatment that was recommended by the purest of God’s creations and especially on one of the greatest nights of the Prophet’s (peace be upon him) life- Isra Wal Miraj. It was at that moment that I decided to incorporate hejama is a treatment option for my patients.
– What particular illnesses/ conditions (if any), do you specialise / had the most experience in?
I do a great deal of work with patients who suffer with chronic pain, back pain, disc injuries, sciatica, headaches, migraines, low energy levels, digestive disorders, infertility, IVF support programs, weight loss programs, skin conditions, allergies, menstrual disorders such as polycystic ovarian syndrome, endometriosis, labour inducing therapy, baby massages, pregnancy massage. These are some of the conditions I treat using a combination of Hejama therapy, acupuncture, herbal medicine and remedial massage.
– And do you find that in your experience, the conditions/illnesses that you have come across respond well to cupping (hijama) therapy? And if so, what are they?
Majority of the time I get a very positive response and in many cases when dealing with “pain” many patient’s feel a difference instantly. When treating chronic conditions such as digestive disorders, menstrual conditions and infertility the treatment may take a little longer but there is always positive feedback after the therapy. It also depends on the individual and how well their body responds to the treatment. I have had some great success stories especially in cases of Infertility were a few patient’s fell pregnant a few weeks after the Hejama treatment. Chronic headache patient’s also respond very positively and in some cases migraines/headaches have completely eased off after just one treatment. Sciatica patients also get very positive results from just one treatment.
– Do you have any interesting case-studies that you can briefly share with us from your hijama treatments?
I have a few testimonials and interesting cases from patients that I have mentioned in my hejama
article. Some of these include:
“My husband and I have been trying to conceive naturally but after many failed attempts we came to terms with the fact that we were unable to conceive naturally, so we began exploring different options such as IVF. Our IVF treatments were successful and we had two healthy children. At the beginning of 2013, I decided to do hejama, as I heard some really positive feedback from family and friends. 1 month after my hejama treatment I fell pregnant naturally. My husband and I were ecstatic and I am so happy and recommend hejama to every couple who are experiencing fertility issues.”
“I have been experiencing menstrual problems for many years, the gynecologist diagnosed me with hormonal imbalance, polycystic ovarian syndrome and recommended me to go on the contraceptive pill at the age of 17. I couldn’t remember the last time I got my periods naturally. I was encouraged to do hejama to help balance my hormone levels and regulate my periods. After a few hejama treatments, I have stopped the contraceptive pill and now have a regular natural cycle, my hormone levels are balanced and I feel wonderful.”
“When I perform hejama treatment, immediately after my blood pressure reduces.”
“I have been suffering with chronic migraines for 20 years; I have tried everything from conventional medicine to massage, physiotherapy, chiropractic therapy and many other treatments but nothing helped. After my hejama treatments my migraines disappeared. I was amazed with the results and recommend it to all my friends and family. I can finally say, I am migraine free.”
– Also what would you say about using cupping as a general preventative therapy and how often would you recommend this (once a month? once/twice a year?)
I would recommend everyone to have hejama done at least once a year even if you don’t have any health issues just to detox and cleanse the blood. Recommeding my patients to do hejama would vary from patient to patient. For example, if I see that

a patient has a lot of toxicity, dark clotting and it’s a chronic condition I would usually recommend that they do hejama once a month over 3 consecutive months and if there condition improves then to do it once every 3-6 months depending on their condition. I generally catergarise  patients into 3 groups:

Group one: High levels of toxicity, this would be due to the colouring of the skin being a very dark red/purple with a lot of dark blood clots dark red-black colouring. I would recommend these patients to do hejama once a month over 3 consecutive months until the circulation improves. I would also put them on a detox to cleanse the liver and organs during this 3 month period.
Group two: These patients would have a medium range of toxicity according to the colouring of the skin which is normally a dark red with a few blood clots. Most people fall under this category.
Group three: Patients who have good blood circulation.
– As a hijama therapist, how often do you get hijama done yourself, and what for (if any specific condition) and who do you go to to get it done (since it is not an easy therapy to self-administer)?
I get Hejama done once every 6 months as I am very regular with exercise and healthy eating so Hamdulillah my circulation is good. I see a friend of mine who is also a Chinese medicine practitioner.
– What is the status and overall prevalance of hijama therapy in Australia? Is it available in hospitals and clinics as a valid alternative / sunnah therapy?
Hejama has become very popular in the past 2 years definitely a growing industry in Australia. It is not offered in any hospitals however it is offered in some clinics. Compared to other states in Australia, Hejama is most popular in Sydney.
– Whereabouts is your clinic or practice located and what services do you offer?
Our clinic is located in the greater western suburbs in Sydney. The services include:
Physiotherapy
Chiropractic
Hejama therapy both a male and a female therapist
Chinese medicine
Acupuncture
Remedial Massage
Psychology

Our thanks to Safia Marabani for sharing the above post. If you have any questions or want to leave some feedback, then please do so via a comment* below.