A Hijama Experience with a Practitioner of Chinese Medicine in Toronto, Canada 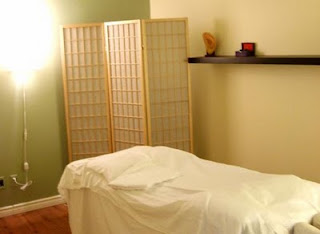 This is a guest-post in the form of a written interview with a female hijama patient about her experience of hijama therapy in Toronto, Canada.

No serious medical condition, but mainly for the sunnah, general well-being

– Where do you live and where did you go for the hijama therapy?
I live in Toronto, Canada and I went to
The Best of Chinese Medicine www.bestofchinesemedicine.com

– What did the treatment involve and how long did it take?
I should mention that when I first called around it seemed like what was common was doing cupping as a form of massage. However, I also asked people if they would do blood-letting in addition to cupping, and the receptionist in this place called the doctor on the line, and she agreed to do it at my request.

As this was my first visit, she first did an assessment. Basically she made me fill out a questionnaire and then asked some questions about any medical concerns. I am sure this is pretty routine.

Then she assessed my “meridians”. Basically she applied light pressure with her fingers to certain places, and I felt pain! She showed me on my hand how much pressure she was applying (not much), and explained that I had blockages in meridians which were causing this pain.

I had lots of questions, which I asked before and during the treatment. She was extremely pleasant and was happy to answer and explain.

She showed me the (disposable) needles that she would be using and then she explained each step of the way.

– How did you feel during and immediately after the treatment?
During the treatment, in one or two spots I could actually feel the blood draining (not painful, only sensation of draining). I also felt sore in a couple of places. I should mention that she said since this was my first visit and I was not used to it, she would be doing the cupping very lightly and not draining too much blood. She also told me that places with more blockage were drawing more blood. She must have done it very lightly because the next day I did not have the dark red marks that I had seen in pictures of hijamah.

– What was your overall impression of the therapist and her practice? Did you feel safe at all times and was her equipment and procedures all hygienic / disposable?
Yes. I like this doctor, she has a really good bedside manner, she was so receptive to my questions and did not mind providing explanations about all I asked.

The place is very clean and it is generally for Chinese Medicine, they had other things to offer but I did not pay too much attention as I was uninterested.

Of course, she practices Chinese medicine, so her assessment is based on meridians and I don’t know how hijamah works otherwise, although being a non-Muslim she does not know the sunnah sites or days obviously http://www.islam-qa.com/en/ref/66144 (she may not know the sunnah days/ times, but if we do we can book appointments accordingly)

And she also does acupuncture although she did not do that for me. But she put in a plug for Acupuncture, showing me the needle and telling me the difference.

– How did the therapist get to learn hijama therapy (was it a course she attended or was it something handed down from generation to generation in their family)?
She completed her Chinese medical degree from Beijing University of Traditional Chinese Medicine (TCM). She also teaches Acupuncture and TCM in Toronto. Her info is on her website.

– What is the overall prevalence of hijama therapy in Canada? Is it available in hospitals and clinics as a valid alternative / sunnah therapy?
I don’t think it is available in mainstream hospitals/ clinics. I understand there are a couple of male practitioners in Toronto, however I have not come across a female practitioner before and have still to hear of a Muslimah practitioner.

– Is there anything else you would like to add?
I have never done hijamah before as I was unable to find a female practitioner. However, I spoke to my teacher (who has taken hijamah treatment from a Muslim) and she explained that the Islaamic way of hijamah involves making small cuts with a blade rather than a needle and that much more blood is let.

However, you can see on this site http://kocabas2.tripod.com/id1.html that needles could also be used.

If there is any hijamah practitioner who also has some religious education perhaps they could throw some light on whether taking treatment from a non-Muslim (who is not aware of the days/ times nor the sites of placing cups according to the sunnah) whether that treatment would be considered sunnah.

As well, if anyone visiting this blog knows of a Muslimah practitioner in Toronto, I hope they will provide the contact info.

Our thanks to the sister (who wishes to remain anonymous) from Toronto, Canada for sharing the above post. If you have any further questions to ask about her experience, then please do so via a comment* below.