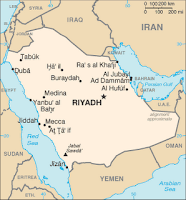 This is a guest-post in the form of a written interview with Tara Umm Omar, a hijama patient in Riyadh, Saudi Arabia.

– What condition did you suffer from?
I experienced recurrent pain in the small of my back.

– Where do you live and where did you go for the hijama therapy?
I live in Riyadh, Saudi Arabia. My friend cupped me in the privacy of her home.

– What was the result?
There was a point when I think my iron got low because I felt nauseous and as if I would faint. My friend stopped and reminded me to recite the Shahada, Surah Al-Ikhlas, Surah An-Nas, Surah Al-Falaq, Ayat Al-Kursi, the last 2 ayat of surah Al-Baqarah. I started to feel better immediately and this confirmed the healing power of the above soorat and ayat alhamdulillah. The next day I was energetic and have not experienced back pain until recently. The time between hijama and the returning pain was a little more than one month. However its not as painful as it was before and not continuous.

– What was your overall impression of the therapist and her practice?
I was satisfied with the way my friend conducted herself throughout the procedure. She was always attentive to my needs, often asking me how I was. My cuts healed nicely within a week masha’Allah.

– How did your friend get to learn hijama therapy (was it a course she attended or was it something handed down from generation to generation in her family)?
She attended a course and learned from her mother and aunt.

– How long has your friend been practicing this therapy, and is it a service she provides to all who need it or is it only for family and friends?
She practiced a long time ago in Jakarta, Indonesia but only for those who needed and believed in hijamah. She only performs it upon her family and friends.

– How long did the treatment last and how much did it cost?
Two hours. My friend refused to take money even after I insisted because she did it feesabillah.

– Overall impression of the therapy?
I loved it and my only regrets is that I had waited so long to get it done. I can’t wait until I get cupped again insha’Allah.

– What is the overall prevalance of hijama therapy in Saudi Arabia? Is it available in hospitals and clinics as a valid alternative / sunnah therapy or is the official government policy to try and ban it (you sometimes hear conflicting reports!)?
– If you know of any clinics / hospitals that provide hijama therapy in Saudi Arabia (and particularly Makkah and Madina), then where would you recommend people to go for this therapy, especially when they go to perform Umrah?

Fatima Jada: As far as I am concerned, there are special clinics for hijama. My mum and sister went to a hijama clinic in Makkah recently and alhamdulillah were very satisfied with the treatment. They compared the clinic to most international clinics with modern medical equipment accompanied by a clean sanitary environment. I don’t think the government would ban such an important Islamic therapy approved in the Sunnah. I know of clinics in Makkah, Madina and the Qaseem area and would recommend it to anyone interested in trying this alternative therapy, insha allah.

Labeebah Sabree: There are several clinics in Saudi Arabia in Riyadh that provide Hijama and it is considered a valid and recommended medical practice. I am sure there are clinics that provide this service in Makkah and Madina but it is not recommended to do it while performing Hajj or Umrah since bleeding would invalidate their ihram (state of purification). They would only do this after performing their rituals outside of Hajj or Umrah as it is too busy during these times.

Hanan Umm Ahmed: I know that some people do it out of their homes or yes there are some clinics which offer this. As far as clinics or government trying to get rid of this, well, I doubt that as it’s a known sunnah of the Prophet. I have not heard anything about this however I do know that many regular doctors who are brought up in the traditional medicine theory do not open up for such ideas.
__________________________________________
Our thanks to Tara Umm Omar from Riyadh, Saudi Arabia for sharing the above post. If you have a question for Tara or if you have had experience of hijama therapy in Saudi Arabia, then please share it via a comment* below.

If you are a hijama therapist or patient and are happy to share your knowledge or experience via a guest blog-post like the one above, please contact us