A Hijama Experience from Bristol, England 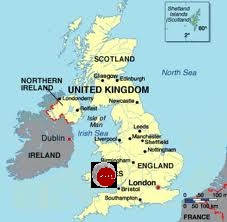 This is a guest-post in the form of a written interview with Sister Jannah, a female hijama patient about her experience of hijama therapy in Bristol, England.

A Hijama Experience from Bristol, England

– Where, when and how did you first hear about hijama therapy?

I live in Swindon, Wilts. and I went to Bristol for hijama therapy.

– What did the hijama treatment involve (please also mention what points were used if possible) and how long did it take? Also please give brief details of any more follow-up treatments that have been advised?

Brother Rizwhan gave me a chiropractic examination, made notes  etc on where the cups should be placed, then sent me through to a sister for the hijama.  I’m not sure how long the hijama lasted but my husband said about 45 minutes. I think I had 8 cups across my lower back, outer top of thighs and upper back.

– How did you feel during and immediately after the treatment, in particular can you describe any pain you felt for those who have never had hijama? Also please mention any side-effects and after-affects of your hijama treatment?

I felt fine during the hijama mashaAllah.  The sister was slow and gentle and although she made slight cuts wherever she placed a cup, it wasn’t painful and I felt reasonably relaxed. We chatted all the time she was working and it was a nice experience really.  The only side-effects I remember having was that I felt extremely tired afterwards. I would definitely suggest that one should not drive home after a hijama session unless they are literally only driving around the corner.

I was advised not to shower for a day or two to allow the cuts to heal. Since I have dry skin and only wash with water and oils, the scars healed nicely and without any irritation. I havn’t noticed any scarring at all.

– What was the result of the treatment, did you notice anything different straight after or some days after the treatment?

I haven’t noticed any difference at all.  The same happened on a previous hijama experience a year or two ago.  I was hoping that I could continue having hijama every month but this break of two or more months, this time, I don’t think has been helpful in gaining momentum.

– What was your overall impression of the therapist and his practice? Did you feel safe at all times and was his equipment and procedures all hygienic / disposable?

The therapist seemed knowledgeable in his practice as a chiropractor.  I did feel safe at all times and as far as I could tell, everything was hygenic and disposable.

– How did the therapist get to learn hijama therapy (was it a course he /she  attended or was it something handed down from generation to generation in their family)?

– What is the overall prevalence of hijama therapy in England ? Is it available in hospitals and clinics as a valid alternative/ complementary therapy?

There is NO opportunity for hijama therapy in my town and I am having to drive 40 miles to Bristol for my hijama therapy. There are hijama clinics in  cities where there are larger Muslim communities but they are a 2 hour drive away from my town.  I believe that there are a few complementary therapy clinics that offer hijama therapy but I’m not sure where they are. I don’t think hospitals and clinics are offering this kind of therapy yet in England.

I read on your site about different hijama therapists and their work and results. It seems some hijama therapists are much more experienced and knowledgable mashaAllah. How can I know that where I’m going is the best I can get?  I ask this because on both occasions when I had hijama, and both times it was with a different practitioner, I felt no change in my health whatsoever, after the initial fatigue wore off.

Our thanks to Sister Jannah from Swindon, England for sharing the above post. If you have any further questions to ask about her experience, then please do so via a comment* below.