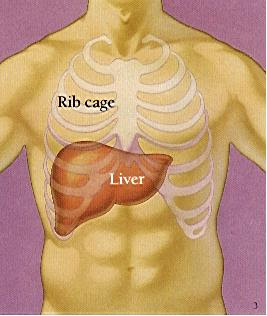 Hijama for the management of Hepatitis C.

This is a guest-post in the form of a written interview with Usman Baloch – a male cupping therapist based in Lahore, Pakistan, about one of his patients trying hijama therapy for the management of Hepatitis C (also see previous post: “Hijama in Pakistan – by Usman Baloch”).

Doctor said he is having Hepatitis C which is a disease where swelling (inflammation) of the liver occurs, and in the test they confirmed that he is having fatty liver, pain in the abdominal region, lower right side of the abdomen, and kept feeling fatigue for small amounts of work done, loss of appetite, also pain in the body specially when sleeping, he felt too much pain in the muscles and numbness. Initially he suffered with low grade fever, and all this was ongoing for the last 9 years and now the symptoms were intense.

– How long had the patient suffered with this condition?

For over 9 years, just after having treatment for some tooth problem from a dental clinic, the very next day he had fever and pain in the body, then after some tests he came to know that he had Hepatitis C

– What did the treatment involve? How many cups were applied per treatment and how many treatments were given?

– What difference did the treatment make to the condition, and can you ask the patient to describe in his own words how he felt after the treatment?

When he came after around 48 hours later for the next treatment, he was having very little bearable pain in the right side of abdomen whereas he was having too much pain before, and had slept very soundly and had a nice sleep, with no pain in the flesh/muscles, no numbness and felt very much active, like he felt he now had the energy to do things which he couldn’t do before.

The same satisfaction you can watch in the movie below, taken during second treatment, only 2 cups were applied on the 2nd treatment and then he left to his home town around 300km away from my clinic and I advised him to come back after 15 days, using sidr honey as his primary medicine, some restrictions on the food, and changes to his lifestyle and daily routine.

Below is the transcript of the video:

Muhammad Shahid is a Hepatitis C patient. He has been suffering from this disease since the last nine years.

He has been suffering pains in various parts of his body particularly on his two shoulders and around his neck and his chest and at a certain location where the liver is.

He has been suffering pains in the past when he sleeps on his side for example, that side would hurt and become numb. And then when he turns to the other side again the other side becomes numb. Shahid came 24 hours ago to meet our Mr Usman who treats people by cupping therapy, which is Al-Hijama – the hijama which Rasulullah Sallallahu alaihi Wasallam recommended, and angels recommended to Rasulullah Sallallahu alaihi Wasallam.

Hijama was done yesterday in this part of the body, in the middle of his back and as a result of that Muhammad Shahid reports, today is the second day of the treatment. Muhammad Shahid reported excellent progress. Now he feels much better and his pains have almost gone, also another cupping has been done on this muscle of his leg and as a result of that even in the liver area, the pain has almost vanished.

Now we are going to watch the second day of treatment:

This is a cup which has been installed with vacuum on his back and this cup is attracting and joining the blood inside the cup – you see there is an increase in the skin that is going into the cup, slow increase going on, and that is the collection of toxic blood that Rasulullah Sallallahu alaihi Wasallam in the hadith said: Get rid of this blood. He said about hijama that it is a cure and blessed as well.

Now we see what Mr Usman is performing, the second step, he is opening a blade that is what they call ‘mishrat’ in Arabic.

“La Khaira fi kaseerin min tadaweekum illa ma kaana min shurbate asal, au shartate mihjam au kayyin bin naar, wa inni la uhibbul kayya bin naar”
There is no benefit in most of the medicines you are using, except what is in a sip or drink or honey, or in the ‘mishrat’…

… The blade with which Mr Usman has made small injuries on that part of the body which has been raised by vacuum. Again he has installed the cup, now you can see the blood coming into it from the skin from his back this blood will be thrown away, and the body will get rid of this collection of toxic and damaging concentrations of blood in his skin , he will get rid of them and he will again get better inshaAllah

USMAN BALOCH: Thank you Mr Mazen Buraiq for your kind help. You people keep visiting us at our website www.cupping.ws where you can find further details of this patient, and other patients who are being with cupping and honey therapy. Thank you,

Our thanks to Br Usman Baloch from Lahore, Pakistan for sharing the above post. If you have any questions for Br Usman or indeed have been treated by him and want to leave him a testimonial(!), then please do so via a comment* below.