"A Brief Introduction to Cupping Therapy (Hijama) by a practicing therapist" 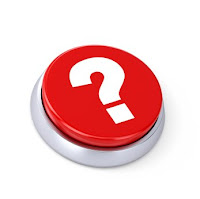 A Brief Introduction to Cupping Therapy (Hijama) by a practicing therapist.

This is a guest-post in the form of a written interview by Umm Husamuddin – a female cupping therapist based in Manchester, England.

What particular illnesses/ conditions (if any), do you specialise / had the most experience in?

“I have treated a wide variety of conditions; however, as the majority of my patients are female (with the exception of male relatives) a lot of patients come to me with menstrual disorders and hormonal imbalances. The other ailments that I frequently treat are back pain, joint pains, sciatica, and general health maintenance.”

And do you find that in your experience, the conditions/illnesses that you have come across respond well to cupping (hijama) therapy? And if so, what are they?

“The conditions which in my experience have shown immediate benefit from hijama are back and joint pain (including arthritis, lower back pain, muscular fibrosis/fibromyalgia, spondylosis), sciatica, and high blood pressure. Most illnesses will respond well to hijama, but each individual patient is unique, as is each different ailment, therefore some people will feel the effects more quickly than others.”

Also what would you say about using cupping as a general preventative therapy (which by getting rid of bad blood/ toxins in the body may help prevent conditions like high cholesterol/ heart disease / cancer in the long term)? And how often would you recommend this (once a month? once/twice a year?)

“Cupping / Hijama is most certainly beneficial as a preventative therapy. It promotes healing within the body and assists in the removal of metabolic waste products and toxins in the body. It also greatly improves the immune system, making the body less prone to disease and reduces the risk of blood clots and serious illnesses such as cancers. Therefore, even if a person has no ailments, they should still have hijama.”

“For general health maintenance, cupping should be performed at least once a year, preferably 4 times a year; once a month is best for young people and once every other month for the elderly. Dry and massage cupping can be performed on a daily basis by the individual, in addition to the monthly wet cupping which should be performed by a trained hijama therapist.”

Our thanks to Cupping Therapist Umm Husamuddin who can be contacted for more information by leaving a comment* below as well as via email to hijamatherapy@hotmail.co.uk for hijama (cupping) therapy for female patients in and around the Manchester area.

BRIEF EXPLANATION OF SOME OF THE TERMS WHICH MAY BE UNFAMILIAR TO OUR READERS:

Hijama: Hijama (or its variations hijamah, hijaamah or hijaama) is the Arabic word for “cupping therapy”, hence both terms are used interchangeably in the above post.
Sciatica: An old word which means leg pain from a pinched nerve. This is usually distinguished from lumbago, another old word which refers to back pain. – http://www.neurosurgical.com
Arthritis: a group of conditions involving damage to the joints of the body. Arthritis is the leading cause of disability in people older than fifty-five years – http://en.wikipedia.org
Fibromyalgia: A chronic disorder characterized by widespread musculoskeletal pain, fatigue, and tenderness in localized areas of the neck, spine, shoulders, and hips called “tender points – http://www.arthritis-guide.com
Spondylosis: a degenerative disease in which the vertebral joints of the spine become stiff and then fused – en.wiktionary.org
High blood pressure: A condition in which the blood circulates through the arteries with too much force – www.cure4diabetes.org

___________________________________________
PS: Next time, I am hoping to share a post entitled “My husband’s recent experience of Hijama Therapy”, which as the title suggests, is someone who tried hijama therapy as a treatment for her husband’s chronic headache, neck and back pain. Remember, if you want to automatically receive alerts of updates to this blog, please fill your email details above (if you haven’t already done so).